Steve Barclay has an impressive pedigree as a Comedy Entertainer, Pantomime Dame, Actor, After Dinner Speaker, and is a proud member of the showbusiness fraternaty and charity the Grand Order Of Water Rats GOWR.

Here you can find information on Steve Barclay’s THEATRE SHOWS, ONE MAN SHOWS and CABARET EVENTS, plus you can contact Steve for other projects.

Steve plays cabaret dates nationwide acclaimed as one of  the best cabaret acts on the corporate circuit having the ability  to appeal to any audience.

There’s nothing bland or predictable about Steve Barclay. Steve’s lively blend of anecdotes, gags, swinging vocals and inspired improvisation bring a refreshing blast of cheerful humour to any gig and makes him a sought after comedy host and headline act always in demand. 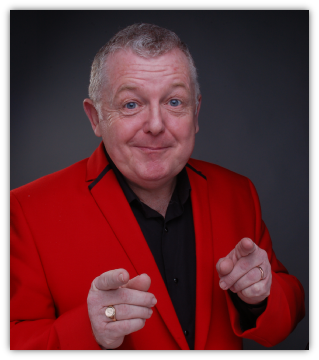 A very popular and celebrated figure within show business Steve is a good all-rounder and especially popular at panto time. He has been Dame so many times that he is held in esteem as an expert at being a clown in a frock. But he has played so many other parts in this and other stage dramas and comedies as well as a full range of other shows, TV and radio.

Steve Barclay is one of the first names demanded whenever a major star is going on a theatre tour in the UK and often overseas. How did Steve achieve his goals? What highs and lows did he experience on this amazing journey that he is still having?

He might be Unknown To Millions but those who know him, love him and you will too when you have spent time with him in this wonderful new book.

Steve Barclay is Unknown to Millions but that could be about to change ..... 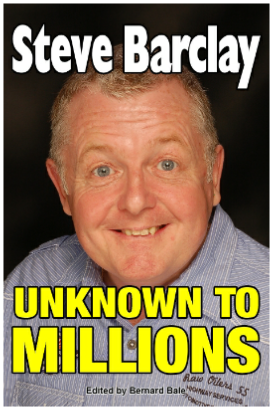 Steve has enjoyed playing theatres nation wide with many of the top stars of show business including Danny La Rue, Rick Wakeman - and many others, too many to list.. He has enjoyed playing the Swansea Grand, Bristol Hippodrome, Leeds City Varieties, and even the World famous London Palladium. Steve has cruised the world entertaining passengers on the ocean wave. Delighting the cabaret audiences with his brand of stand up comedy, zany impressions and  music, plus some mean ukulele playing!

Steve Barclay plays cabaret dates nationwide with his comedy routines - including a zany ventriloquist sketch which has to be seen to be believed!

Barclay takes the cabaret stage by  storm every time presenting zany comedy, vocal impressions, stand up comedy, banjo uke, and smooth jazz vocals. One of  the best cabaret acts on the corporate circuit! Having the ability  to appeal to any audience.

Steve Barclay appears regularly on the cabaret and corporate circuit in the UK, besides cruising the Mediterranean and Caribbean oceans delighting the cruise passengers.

Steve works fully self contained or with live band arrangements including front line parts for your in-house cabaret band, or Steve’s own band “After Dark”! 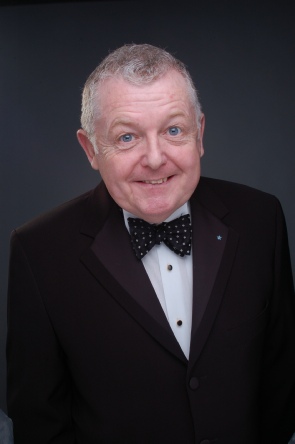 Steve Barclay talks to many and varied groups and society's with enthusiasm and charismatic authority about his own show business experiences. Recalling the comedians and stars of TV, Radio and Variety. Steve presents two brilliantly entertaining talks COMEDY HEROES and NOTHING LIKE A DAME.

Steve Barclay’s talk COMEDY HEROES tells the story of some of the best loved comedians and entertainers. During his highly informative talk he recalls the famous variety comedians KEN DODD, TOMMY COOPER, MAX WALL, GEORGE FORMBY, LES DAWSON, RONNIE BARKER, ERIC MORCAMBE. Comediennes HYLDA BAKER, TESSIE O’SHEA are remembered beside many of the not so famous but notable comedy stars of an age of Empires, Grands and Palaces.

STEVE BARCLAY having spent many years treading the boards as a supporting comedian to many top TV and theatre celebrities shows his obvious enthusiasm for this subject, you can almost feel the red velvet of the seats and smell the orange peel! COMEDY HEROES is available for venues large or small.

There is always time for questions and answers

Pantomime is a English tradition and some say our children’s initiation into enjoying live theatre and long may it remain so. STEVE BARCLAY’S fascinating talk NOTHING LIKE A DAME looks back at some of the greatest pantomime dames ever, including ARTHUR ASKEY, DAN LENO, BILLY DAINTY, TERRY SCOTT, CYRIL FLETCHER, REG DIXON and the very special styles of more recent pantomime dames such as LES DAWSON, DANNY LA RUE, and JOHN INMAN.

At the end of his talk STEVE BARCLAY an accomplished pantomime dame demonstrates the skills of a traditional panto dame by inviting us to sample first hand the smell of the grease paint and even some of those song sheets we have grown to know and love.

There is a question and answer section

at the end of this talk. 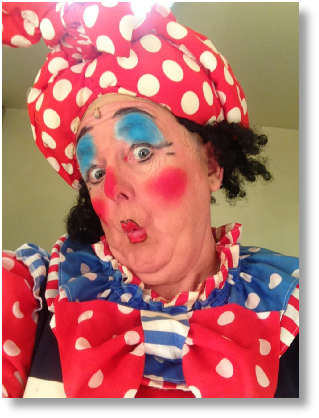 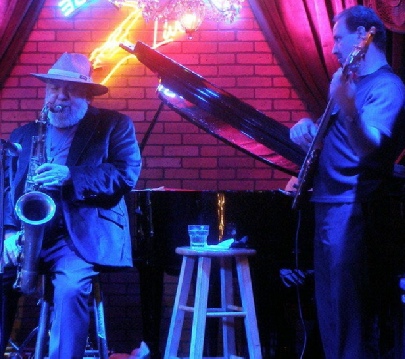 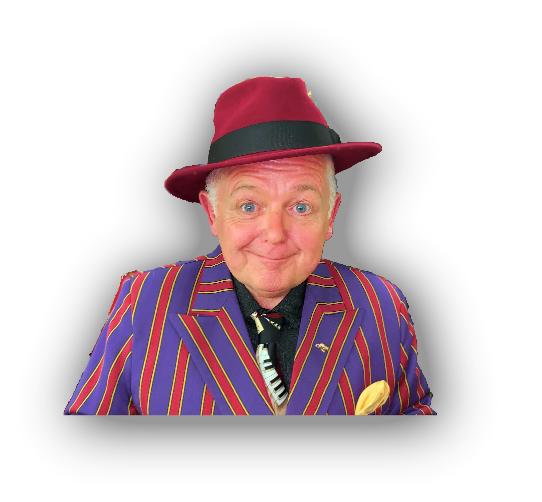