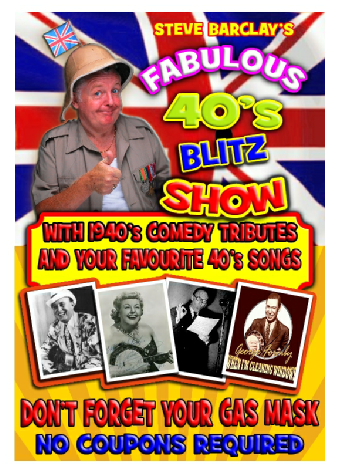 Steve Barclay’s 1940’s Hits From The Blitz Show pays special tribute to those unforgettable artistes who had their own unique styles, from the swinging sounds of Frank Sinatra to the soft tones of Bing Crosby and comic songs of George Formby and a host of your 1940’s comedy favourites.

Steve Barclay presents a lively program tailored to the requirements of each event, entertaining your audience and ensuring a good time is had by all. Its great to see the audience singing and dancing along, bringing back the nostalgic feeling of the 1940’s.

At this time emotions were naturally heightened, influencing the music of the era. Artist of the time wrote lyrics that portrayed feelings of saying farewell, feelings of love and feelings of cheer to keep spirits high. There was also some influence from across the Atlantic, American troops who were stationed in the UK brought with them sounds of Jazz, Swing and Blues. 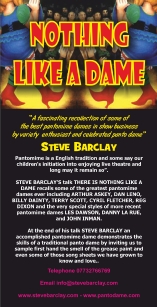